Today, cities like Chicago boast their diversity. It is a place like many others in the United States where there are many people from around the world and it seems like something recent. But, in fact, these diverse groups of people have a long history and roots here. The United States is a country that has been built by immigrants, which is a reality that has been happening generation after generation happening around the world since the beginning of humankind. Some leave, others seek refuge and others simply go in search of a new life. Yet, here in “Immigrant Nation!: The Battle for the Dream,” we see another reality, where the “American Dream” is not within the reach of all. This can be described as an economic, social and political problem that flirts with racism. In contrast with previous immigration waves, we now live in a country where the laws are marginalizing the undocumented residents of the country. 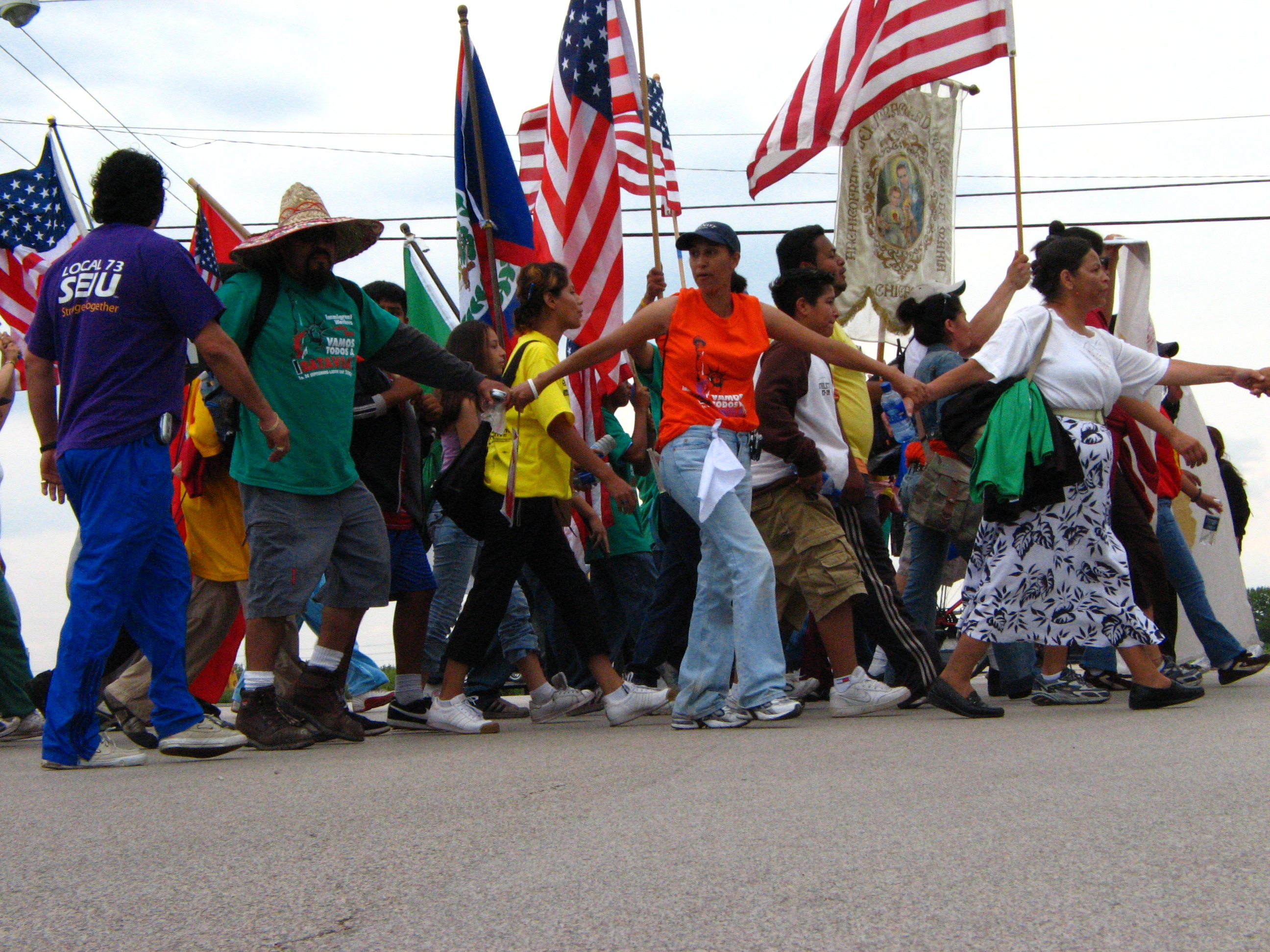 After the 9/11 terrorist attacks, this country declared two wars and strong internal measures in the name of national security. We, like others who have lived the reality of being an immigrant, learned that the actions of the government would have severe consequences. And, who were the target of these measures? Undocumented immigrants. Yet, from this was born a movement, which began on March 10, 2006 in Chicago. Although there had been some marches prior to that date, that day, the problems of immigration came to head. That day people protested shouting, “Yes we can!” “Legalization for all the undocumented” and “We are not criminals, we are workers!”

That emotion and energy motivated me to take my camera and put aside all my projects. I knew it was a historic moment and I felt the responsibility to tell a part of this story. That march and the one of May 1st of the same year were born of a community with a long history of struggle and activism. This community asked for respect. Presidential candidates, the English-language media and a large part of the U.S. society had ignored the matter for a long time. Thanks to those marches, at the very least it has become something to debate, a news item and in some sectors, a controversial topic. Here, we seek to tell part of that history.

In the beginning, I began documenting the marches and their background: the organizers, those who spread the word and the ideas that gave rise to this movement. However, I realized that we were barely scratching the surface of this movement and that this story truly came from the people directly affected by injustice. That is why we decided to focus on Elvira Arellano, the woman who would take an important role in the plot of this story.

Her activism is born from the concern for her son. Arellano, who had a history of activism in the struggle against her deportation, filled the movement with life after the marches when it seemed to rest as she took sanctuary in a small church on Chicago’s North side. The eyes of the world focused there. I began filming a press conference when she announced her decision to take sanctuary. Afterwards, one action led me to another and I went about piecing together this documentary with other stories of equal importance. For example, I filmed the protest actions of some children whose parents had deportation orders. I also filmed other protests in response to the government’s actions against the undocumented. Beyond a simple retelling of the news and events, we show the people who have most affected by the measures created in the name of national security. With this documentary we cannot delve into the causes of immigration, but instead focus on the struggle that took place within a determined period of time. We get away from personal opinions to focus instead on the visual elements that take the documentary from scene to scene. 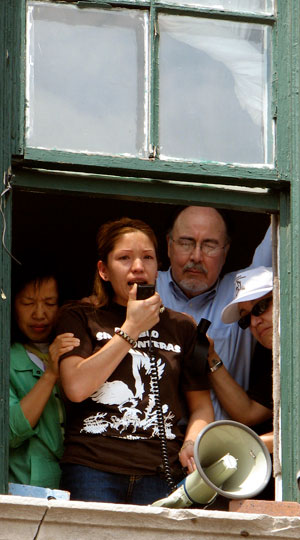 And that is also why we took into account the anti-immigrant groups such as the Illinois Minuteman Project. It was evident that they too are a part of this story and that is why we decided to follow some of their actions as long as they affected the movement we were documenting. With few resources and much work, we started seeing the end of this story, though the larger story of immigration reform is still incomplete. The end of this my film takes us to Mexico where everything began. And in the United States, we are also in a more harmful atmosphere for the undocumented. We will not know the true end of this story until the government changes immigration policy, if that ever happens. What the movement did achieve is create greater consciousness and moments that will mark world history forever.

Therefore, when we walk through the streets of large cities in the United States and we see the rich diversity, we must say that there was and continues to be a struggle that define it. I believe that this story serves as a journal of one of the most important narratives of our time: the mass movement of human beings between countries and continents. Indeed, immigration is a phenomenon leaving no nation untouched.